As he stepped foot into his new office with the West Virginia Department of Education, Josh Grant was well aware he was joining a team with a penchant for being ahead of the curve.

Upon his arrival in summer 2014, West Virginia was very close to becoming the first state in the nation to have one school from every county join Let’s Move! Active Schools – the national initiative to ensure 60 minutes of physical activity a day is the norm for K-12 schools. For West Virginia, this meant providing teachers across the state with the resources needed to seamlessly integrate physical activity into the school day.

Due to the passion of his predecessor, Mary Weikle, and an existing higher education partnership involving Dr. Eloise Elliott from West Virginia University, Josh and his team had to recruit just a few final counties to join Let’s Move! Active Schools to complete the challenge, which they did in short time.

The achievement placed the state in the national spotlight, earning direct praise from the President’s Council on Fitness, Sports & Nutrition and setting a standard for states across the country to attempt to match. 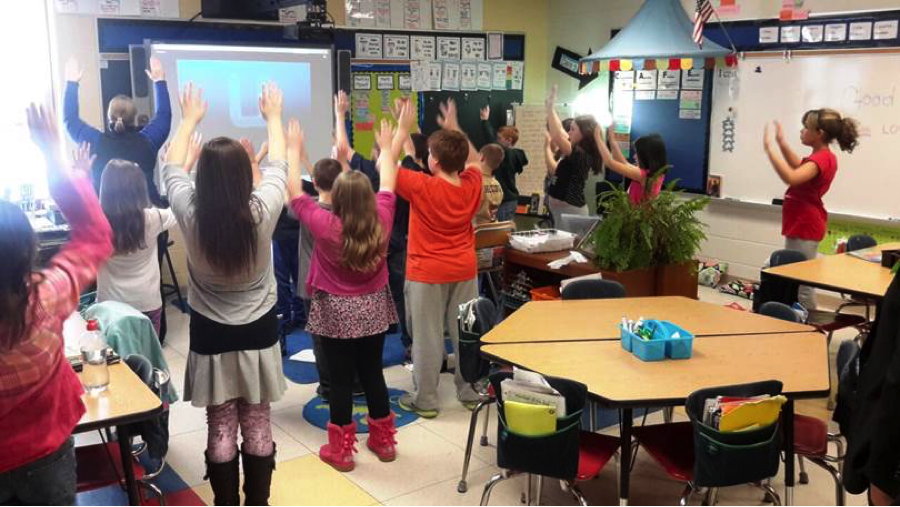 Now, as the Coordinator for the Office of Middle & Secondary Learning, Josh is responsible for building on these efforts while overseeing the state’s health and physical education progress and providing support and guidance in physical activity efforts in all of its K-12 schools.

Though obviously thrilled with the state’s progress to-date, Josh quickly made it clear that he was not one for complacency. In his eyes, West Virginia could do even more to ensure the health and wellness of its students.

“It was really impressive how much had already been achieved,” Josh said. “But we wanted to take it to the next level.”

Discussions of what that “next level” might entail intensified prior to the state’s 2015 KidStrong Conference, a multiday gathering of educators from across West Virginia.

The first challenge for Josh and his team was clear: they wanted to ensure that schools already on board were able to take full advantage of the many physical education and physical activity resources that Let’s Move! Active Schools had to offer.

Meanwhile, though, another goal gained consideration: a commitment to become the first state in the nation to enroll every public elementary school in Let’s Move! Active Schools.

Josh let the challenge settle in his mind. He wrestled with the logistics of achieving such a feat, and the hurdles that might come with attempting to activate every public elementary school in the state. But then he considered what was at stake.

“We read the research, and we knew what this could mean for our students,” he said. “We knew about the links between physical activity and academic achievement, self-esteem and classroom discipline. Simply put, active students make better learners.”

Josh discussed this effort with his most trusted colleagues and supervisor, while the West Virginia Department of Education’s leadership provided encouragement that the challenge had the support it needed to go forward.

After receiving this support and considering the strengths and passion of his team, Josh’s mind was made up.

There are 441 public elementary schools dotting the map of West Virginia. Urban and rural, large and small, these schools stretch from the border-city of Huntington to the state capital of Charleston, from the college city of Morgantown to those tucked within the state’s northern panhandle.

Reaching every single of them, Josh knew, would be no overnight task, but he had confidence that he had the right team to take on the challenge.

Not only had they pledged to meet the West Virginia Active Schools Challenge, as the endeavor became known, but they also saw it as an opportunity to help schools adapt to new health-friendly policies the state’s Board of Education had recently ratified. In addition to setting state standards for time spent in physical education courses, WVBE Policy 2510 mandated 30 minutes or more of physical activity daily for every student in the state attending a public elementary school in kindergarten to fifth grade.

Let’s Move! Active Schools, Josh thought, could be the perfect resource with which to equip each school as teachers worked to find easy ways of integrating more physical activity before, during and after the school day.

We thought Let’s Move! Active Schools would be the right vehicle to help physical educators and teachers change their school culture,” he noted.

At the same time, Josh and colleagues were not interested in simply passing down a mandate for schools to join Let’s Move! Active Schools; instead, they wanted physical educators, classroom teachers and administrators to feel fully invested in the mission.

“It was important that administrators and teachers had complete buy-in to this concept of creating a positive culture of physical activity at their respective school,“

Josh said. “We wanted to make it clear why this was important and how it could benefit the students.” 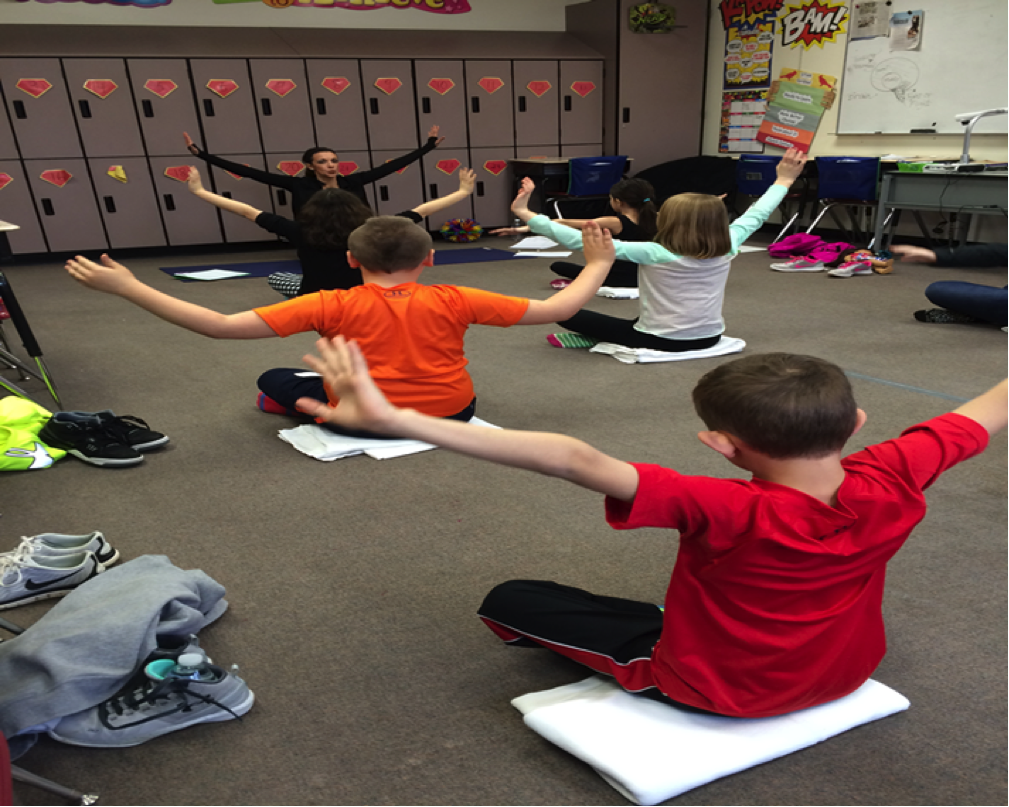 Josh hypothesized that if teachers understood the science and reasoning behind the state’s emphasis on comprehensive school physical activity, they would become champions for the cause on their own — if they were not already.

Working with multiple passionate partners from across the state and country, Josh and the Department of Education organized large-scale trainings to introduce more than 500 teachers to the “why” and “how” of expanding school-based physical activity opportunities.

Josh and his team also brought in a respected neuropsychiatric, Dr. John Ratey, to present research on the movement-to-learning connection, while the state’s Concord University provided non-degree graduate credits to participants. To provide training opportunities and increase access, National Physical Education and Physical Activity Advisor Sean Brock at the Alliance for a Healthier Generation facilitated customized professional development trainings throughout the state.

“Our biggest struggle with the trainings was not having enough spots for all the interested teachers,” said Josh. “Other than that, we faced very few barriers in getting everyone there and excited about building on our progress.”

Thanks in part to the trainings, as well as the continued push to equip teachers with the resources to expand their physical activity efforts, nearly half the state’s schools had joined Let’s Move! Active Schools by the start of 2016.

By this time, success stories were coming in from all corners of the state.

“Teachers were trying the activity breaks for the first time, and were amazed at how the attention from students had gone up,” Josh said. “They saw many benefits, especially with student’s energy levels and discipline.”

The positive feedback continued to spread and, as winter came to an end, only a handful of schools had yet to join.

“It came down to checking spreadsheets and stepping up our communication,” said Josh, who noted that it wasn’t just physical educators serving as School Champions, but administrators, nurses and classroom teachers, as well.

Throughout the early spring, a group of Regional Wellness Coordinators – eight health and wellness specialists who worked with schools to help implement physical activity initiatives – helped to identify eager School Champions in the last of the 441 public elementary schools.

Then, on a day in late April, Josh received the news: the West Virginia Active Schools Challenge was complete. Every public elementary school in the state had now joined Let’s Move! Active Schools.

Reflecting on the first-in-the-nation achievement, Josh is quick to praise the large number of partners, supporters, and School Champions who helped turn his bold challenge into a relatively seamless process.

“It sounds like a daunting task, but we had enough folks who wanted to make a difference through physical activity. This was a true team effort,” he said, again praising the Regional Wellness Coordinators and the hundreds of physical educators, classroom teachers, and school administrators who stepped up as School Champions.

Josh also emphasized that any School Champion – not just a state official – could lead this effort in his or her respective state. With the right partners, he noted, any other state could replicate West Virginia’s success. (The Active Schools Enrollment Toolkit provides the perfect starting point!)

“We didn’t have these big meetings or any source of funding,” Josh said. “It’s just all about surrounding yourself with a core group of people who share the same passion.”

When asked how the state would build off the West Virginia Active Schools Challenge, Josh proved yet again that he was not one for complacency.

“We have a lot planned,” he started. “First, now that we’ve enrolled the schools, our next step is to have each complete the Let’s Move! Active Schools Assessment and figure out where they’re at with respect to physical education and physical activity.”

He then rattled off a list of follow-up steps that left no doubt of the Department of Education’s long-term focus: a Physical Activity Leader (PAL) Learning System training, on-going professional development opportunities for educators, and another round of health- and wellness-oriented trainings for which 200 classroom teachers have already registered.

“Getting every public elementary school on board with Let’s Move! Active Schools is a great achievement, but this isn’t the end of our work,” Josh said. “This is only the beginning.”

Are you a district or state leader who wants to launch your own Active Schools Challenge? Contact us at 1-855-972-0876 or [email protected]. 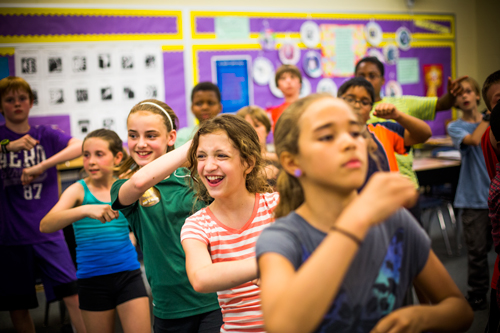