O Captain! My Captain! Looking to the Leadership of School Principals in Supporting Active Schools Walt Whitman’s well-known 1865 poem “O Captain! My Captain!” about an intrepid sea captain’s death at the end of a victorious voyage is a metaphorical tribute to Abraham Lincoln. In 1989, the movie “Dead Poets Society” capitalized on the poem’s title and themes to personify the inspirational attribute of undaunted leadership through the character of Mr. Keating, a newly hired teacher at a boys’ preparatory school whose unconventional teaching methods clash with his colleagues’ educative principles but rouse his students’ spirit for learning and life. Keating tells his students, “Now in this class you can either call me Mr. Keating, or if you’re slightly more daring, O Captain! My Captain!” The story of Keating and his students follows an undulating path of extreme highs and lows befitting a theatrical pieces de resistance (Dead Poets Society was nominated for the Academy Award for Best Picture), but ultimately it underscores the necessity of taking the road less travelled to discover our full potential.

In this short blog post, I wish to extend the O Captain! My Captain! metaphor to another type of educational leader: the school principal. All matters of daily routine, classroom instruction, curriculum and academic priority – indeed, the entire school ethos – assume form through the principal’s vision. Principals make choices about which direction the school should go and whether to pursue initiatives. Some principals only sail familiar waters to avoid making any waves. The more daring explore new horizons, even when it means having to steer their ships into stormy weather. They know that the journey is worth it because bold leadership enables a school to progress and flourish in a constantly changing society. Adopting innovations, while challenging, can strengthen the principal’s power to support school communities in new and better ways.

Much of the research evidence to inform the implementation of innovative practices and programs designed to promote active schools derives from “ground up” perspectives that focus on understanding how to generate support from teachers. However, several recent studies foreground principals’ perceptions about active schools, bringing to light a “top down” perspective that warrants closer consideration in efforts to create more physically active school environments. In a survey study with a national sample of principals in the United States (Orendorff et al., 2021), respondents were more likely to be involved in supporting a comprehensive school physical activity program (CSPAP) if they felt the initiative would lead to positive outcomes, such as students’ learning, social development, physical development and physical activity participation. Additionally, several factors predicted the extent to which principals believed a CSPAP could promote such outcomes. These factors included principals’ perceptions about the level of CSPAP support from teachers and parents, the capacity of the school’s resources to implement a CSPAP, and the availability of policies to undergird CSPAP implementation.

Orendorff and colleagues (2022) conducted a follow-up study with the same sample of school principals. In that study, the researchers used survey responses to identify four distinct school principal profiles. Each profile differed based on participants’ perceptions about CSPAPs. The first and largest profile represented nearly half of the participants and was characterized by perceptions that were relatively neutral. Principals fitting this profile did not feel strongly that CSPAPs would or would not lead to positive outcomes, that teachers and parents were or were not supportive of such initiatives, or that the school’s physical and policy environments were or were not conducive to CSPAP implementation. Two other profiles represented principals whose responses were above average and below average, respectively. The above average group had mostly favorable perceptions about CSPAPs, whereas the below average group had mostly unfavorable perceptions. The fourth principal profile was characterized by responses that were above average in regard to perceptions about the positive outcomes of a CSPAP and the available support from the school’s physical and policy environments, but below average in regard to perceptions about the level of support from teachers and parents for implementing a CSPAP. Another key finding from the study was that principals who reported higher satisfaction with their own experiences as a student in school physical education were more likely to fit the above average profile, which was in turn a significant predictor of principals’ CSPAP involvement.

Most recently, Dauenhauer and colleagues (2022) examined the extent to which having an active school depends on a principals’ values, behaviors, individual characteristics and school characteristics. Analysis of survey data collected from a national sample of principals in the U.S. revealed that although participants’ beliefs about the importance of physical activity and self-reported personal participation in physical activity were associated with the presence of an active school, principals’ individual and school characteristics were more meaningful predictors. Specifically, principals were more likely to perceive that they worked at an active school when they were older and employed at non-public schools and elementary schools.

The above-mentioned studies build on an emerging area of research focus that gives increased attention to school principals as essential advocates for active schools (Goh et al., 2019; Parks et al., 2007; Van den Berg et al., 2017; Webster et al., 2020). Although there is still much to learn, the research bears out several Implications for professional practice. First, efforts to educate principals about the importance of active schools should include messaging about the positive outcomes of active schools. Second, principals should be encouraged to be involved with active school trainings offered to classroom teachers, as this may raise principals’ confidence in teachers as part of the support system for implementing active schools. Third, rather than approaching principals as a homogeneous group, physical education teachers and professional development leaders who are aiming to secure principals’ support for active schools must first seek to identify principals’ perceptions about active schools. Principals who are lukewarm about physical activity promotion may be more likely to support an active school environment if they understand and see the benefits of quality physical education in their schools. Finally, extra support should be directed to principals who are less experienced and who work at public schools, particularly secondary schools.

Amid a prevailing inactive culture that spans most schools both nationally and globally, there is an urgent need to look to our school leaders for their support. In Dead Poets Society, Mr. Keating tells his students, “Carpe diem, seize the day, boys, make your lives extraordinary.” Every principal must be willing to embrace the opportunity to create and support an active school. Doing so may not always be easy, but the effort will enrich children’s journey through school and steer them toward a lifetime of physical activity and health.

van den Berg, V., Salimi, R., de Groot, R., Jolles, J., Chinapaw, M., & Singh, A. S. (2017). “It’s a battle… you want to do it, but how will you get it done?”: Teachers’ and principals’ perceptions of implementing additional physical activity in school for academic performance. International Journal of Environmental Research and Public Health, 14(10), 1160. 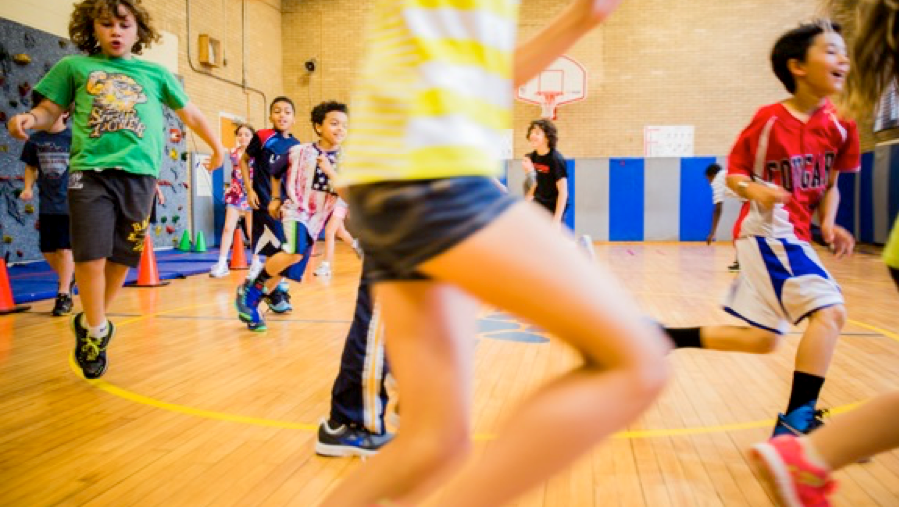 Blog
View All News and Resources