Active School Sets Kids Up for Success in the South Bronx Read on to learn how PS 1 Courtlandt Elementary in New York City’s South Bronx has worked with Let’s Move! Active Schools and one of its Partners, BOKS, to make 60 minutes of physical activity a day the norm for its students.

Nearly 700 elementary students walk through the doors of PS 1x each morning. The primarily Hispanic student population spans pre-kindergarten through fifth grade, with more than 90 percent of students qualifying for free and reduced-price meals.  “The school knows how important active and healthy lifestyles are to preparing students to be successful both in the classroom and in life.” said Dan Marascia, the school’s physical education teacher.

To better involve parents in what students are learning about the importance of movement, Marascia now sends communications home in English and Spanish to accommodate the school’s large Spanish-speaking population. He also invites parents to come to campus for several family-friendly fitness activities, including Family Basketball Night and Zumba classes. 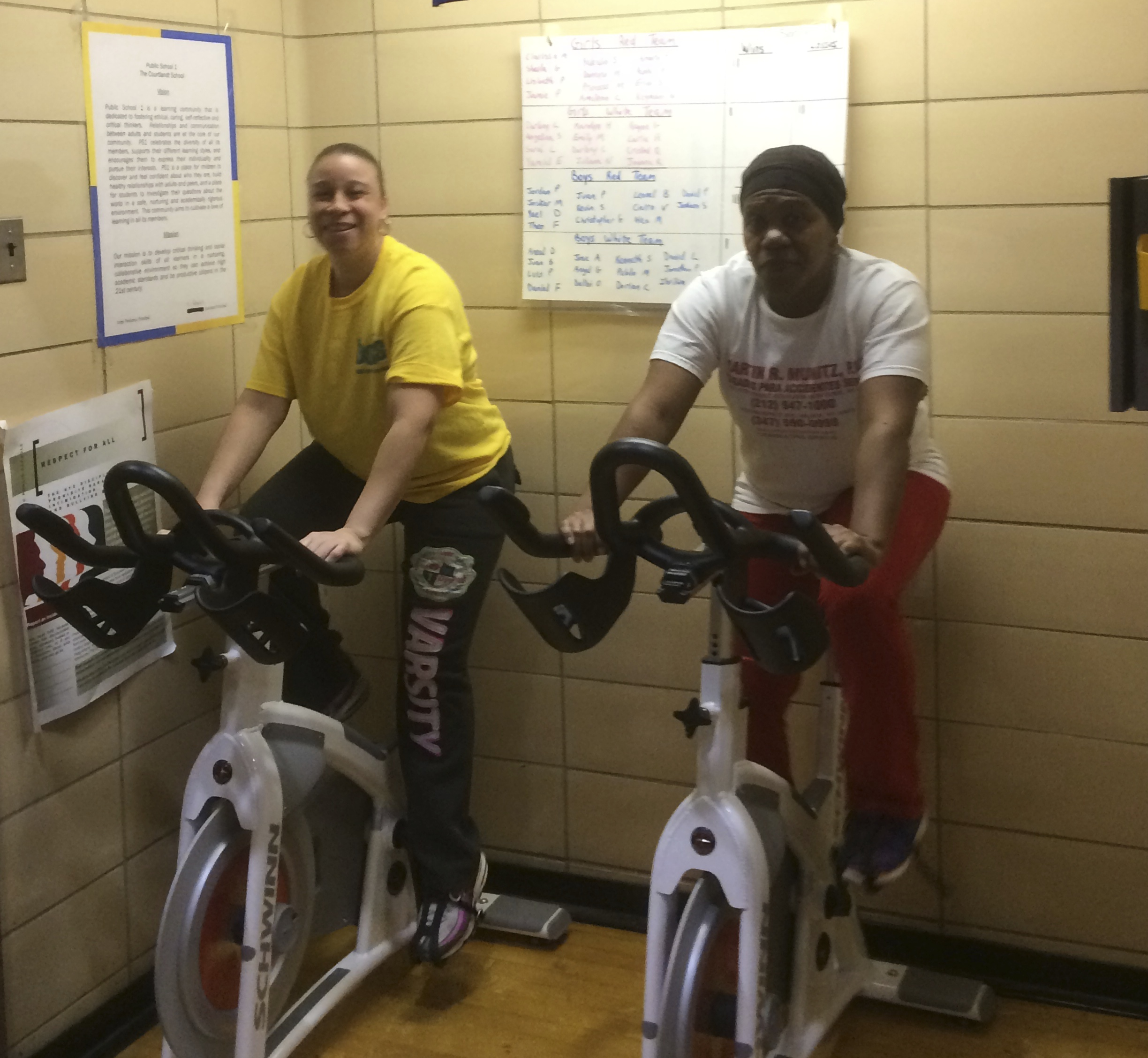 Before school, parents can sign up their children to participate in two alternating programs. On Tuesday, Wednesday, and Thursday mornings, families are invited to BOKS, a free before-school physical activity program, aimed to get children moving in the morning and their brains ready for a day of learning.. BOKS stands for “Build Our Kids’ Success” and is a Let’s Move! Active School Partner.

Marascia leads skill-building activities to promote strength and endurance, such as push-ups, squats and long-jumping. The program has been a hit with both classroom teachers and students. “Teachers have reported that student attendance is more consistent and they are more attentive and engaged after participating in the morning BOKS program,” Marascia said. “It really jump-starts their day.”

On the other days, the Mighty Milers program, sponsored by the New York Road Runners, tracks students as they run laps before school, tallying their miles with the goal of reaching the 26.2-mile marathon distance by the end of the year.

Marascia believes it’s important not just for his students to learn the technical skills needed to lead active lives, but also to understand the importance of doing so. He assesses his students’ fitness improvements using FITNESSGRAM® and tests their fitness-related vocabulary using written exams. In physical education class, they set goals and also have written assignments reflecting on why they should strive to maintain a healthy lifestyle.

Basketball is the most popular sport at PS 1x and also in the surrounding community. Students can play in a district league with 12 other schools in addition to the drills and shooting contests they enjoy during physical education class. For the first time this year, students from PS1x and ten other schools had the chance to play a basketball game at the Barclays Center, home of the Brooklyn Nets. “This basketball program is making a world of difference in their schools and communities. All of the students come to the games and there’s a real positive energy,” said Marascia. 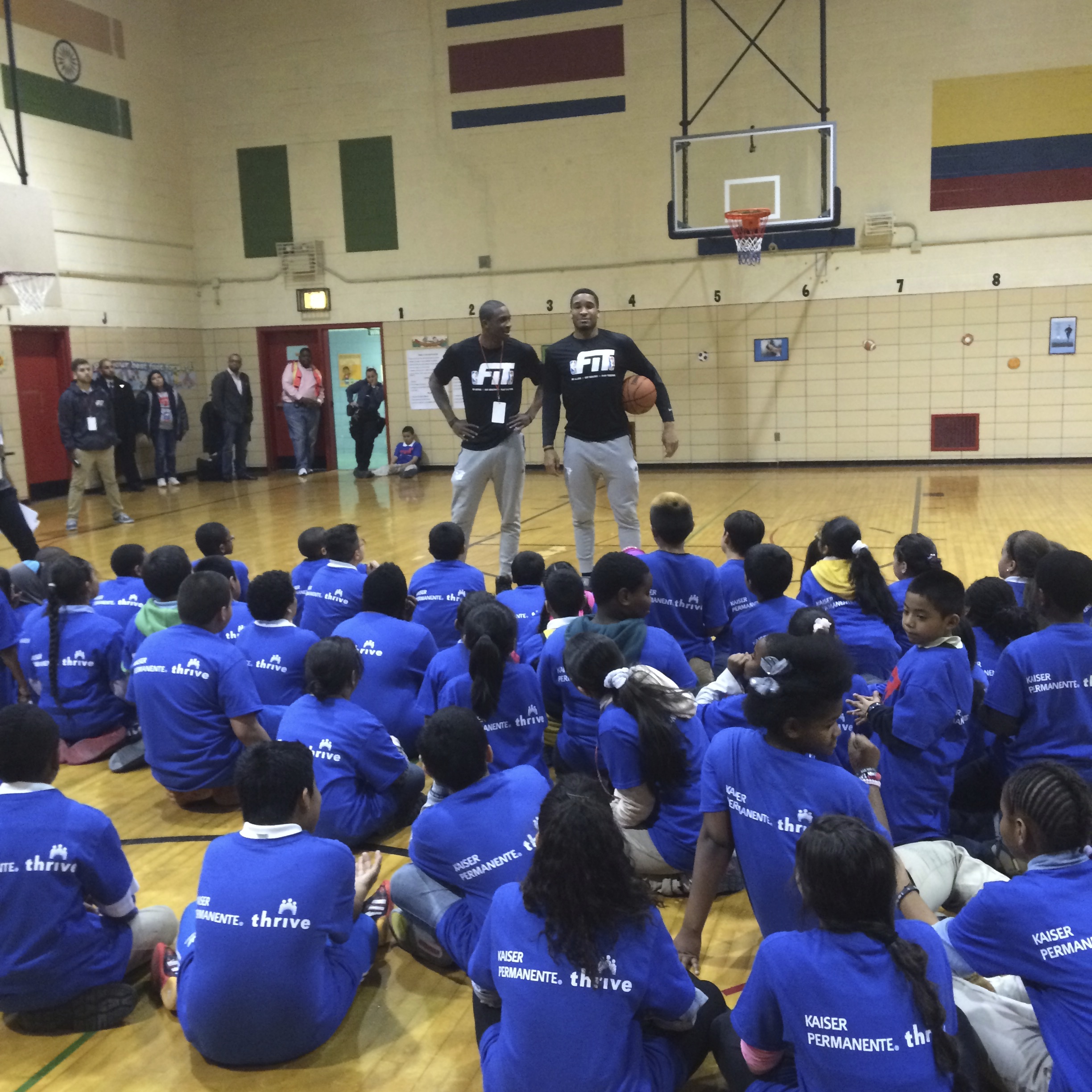 Several former NBA players have even led basketball clinics at PS 1x demonstrating skills and talking to kids about why they should stay engaged in school and athletics.

After several years championing physical activity at his school, Marascia has the wisdom of a seasoned warrior. “Stay motivated and continue to strive to be successful. Each year we get a little bit better and closer to where we want to be,” he said. “Change just takes some time and a lot of motivation.”

Share your school’s stories by emailing [email protected] or join the movement to bring physical activity back to our nation’s schools! Enroll in with Let’s Move! Active Schools and become an Active School today.