Editor’s Note: This article was originally featured in the 2015 Spring edition of SHAPE America’s Momentum Newsletter.

There is something special about a champion. Champions radiate confidence, aren’t shy to show off their unyielding passion for what they do, and have an uncanny ability to energize a crowd or galvanize support. A champion is a difference-maker and an action-taker. 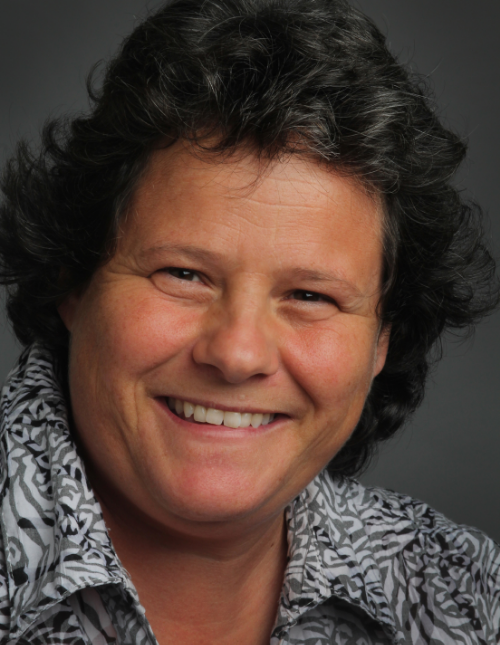 Those who know Judy would agree that she is magnetic: her fiery “Jersey” personality and deep-rooted resolve for her work immediately draw you in. But, even more, her knowledge, vision and capacity for influencing change, inspire those around her to work harder and be better.

Born and raised in Point Pleasant, New Jersey, Judy grew up playing basketball and throwing javelin. Her life changed in 1987 when she attended Montclair State University and had to decide between a career in singing or physical education. After realizing the impact she could make on the lives of children with physical education, Judy fully immersed herself in the field, crediting her professors for instilling an expectation of leadership.

Following graduation, she spent four months at a K-8 private school teaching physical education and then a short time at a public middle school and elementary school before landing at Columbia High School where she taught for 10 years.

Now, in her current role, Judy manages grant funding and supervises all 33 physical educators and 11 nurses in her district all while serving as a Let’s Move! Active Schools Physical Activity Leader (PAL) Trainer, the former Past President of the SHAPE America Eastern District and a highly- requested facilitator/presenter.

When Judy isn’t advocating for the health and well-being of children, she still finds time to pursue her “almost career” – singing. For 20 years, Judy and her older sister traveled throughout the Jersey Shore and New York City performing cover songs from the 80s and 90s for charity events. Although their band, SISTAS, is no longer together, Judy still wows convention attendees with her powerful vocal arrangement of the National Anthem.

A true champion and change agent in the industry, we were honored to talk with Judy about her involvement with Let’s Move! Active Schools and its signature professional development offering, the PAL Learning System.

1.  Why are you a Let’s Move! Active Schools champion?

Put simply, we need this. The data is staggering. With a third of our youth population considered obese, I don’t think many of us realize the work we are doing is a matter of life and death for our children. No other subject in school will impact a child’s life the way health and physical education does, and Lets Move! Active Schools offers a framework, tools, resources and network to provide the evidence needed to make our efforts legitimate and meaningful. It’s not ENOUGH to just say it. Those outside of our profession want to see it. They deserve proof we are making a difference. We all need to take Lets Move! Active Schools seriously and be a student of the initiative beyond just “signing up.” We can’t stop until every school is an Active School.

2. What advice do you have for those wanting to be Let’s Move! Active Schools leaders in their local communities?

The first piece of advice is to commit to following through. There are still those outside of our profession that think we have the easiest job in schools and that is because we are not stepping up like we should. They are right if we don’t go all in on Lets Move! Active Schools. Don’t just enroll to have your school counted, but complete the Assessment on an annual basis, develop the Action Plan, and be part of the Presidential Youth Fitness Program as a way to deliver fitness testing that is meaningful and appropriate.

3.  You are also PAL Trainer. How is this professional development changing school cultures?

I think the PAL Learning System is the most comprehensive, grassroots effort I’ve ever seen our national organization [SHAPE America] develop. The value is two-fold. First, the skill-building component teaches us to be confident, strong and to speak up – not just when things go wrong, but also when things are going well. Secondly, it teaches us how to implement the Lets Move! Active Schools framework (Comprehensive School Physical Activity Program model), to identify allies in our specific community and to build capacity around a simple premise: active kids learn better and need 60 minutes a day of physical activity in order to get there.

4.  What value does the PAL Learning System have for health and physical educators?

The PAL Learning System can bring out your inner champion. There are many health and physical educators that have no idea how to tap into that part of themselves. The PAL Learning System offers educators the framework…the road map…the action steps to unleash that champion. After the in-person workshop, it even connects PALs from across the country so you can share successes, frustrations, roadblocks and stories. Essentially, PALs together become the “boots on the ground” for physical education and physical activity in schools. There is nothing more powerful for our nation’s children than a gathering of dedicated health and physical education professionals.

5.  If you had to offer three tips for instilling school-wide change through Let’s Move! Active Schools, what would they be?