Editor’s Note: This article was originally featured in the 2015 Winter edition of SHAPE America’s Momentum Newsletter.

Take your pick. Whether it is BBQ, football, horse ranches or cowboy boots, Texans agree that everything in their home state is “bigger.”

But, the Lone Star state also has a “big” problem. According to the 2011-12 National Survey of Children’s Health, 36.6 percent of Texas children are either overweight or obese, more than five percent above the U.S. average.

Lucky for Texas, though, one man has made it his life’s work to change that statistic. In a city located only five miles from the Mexican border, Mario Reyna, Coordinator for K-12 Health & Physical Education After School Enrichment Programs for McAllen Independent School District (ISD), has shown how Texas-sized determination and passion can get thousands of kids healthier and more active.

It is in this current role where Reyna has expanded his vision and impact. Recently, McAllen ISD was honored by Let’s Move! Active Schools for its trailblazing, exemplary efforts in creating active school environments. Not only did each of its 32 learning sites enroll in the comprehensive, evidence-based physical activity and physical education initiative, but McAllen was also the first U.S. school district to achieve 100% Let’s Move! Active Schools National Recognition – meaning that each of its schools earned the prestigious award.

Reyna, the ringleader behind bringing Let’s Move! Active Schools to McAllen, knew that getting all of his schools to sign up and commit would be a daunting task– especially with competing priorities and the growing time demands on physical educators. But, he tackled the challenge with a proactive, team approach.

First, before recommending Let’s Move! Active Schools to the district, Reyna did his research. He attended many conferences, conventions and presentations, affirming that this “solution” could get McAllen’s students moving for at least 60 minutes a day.

“I quickly found out that Let’s Move! Active Schools is free and user-friendly, which is imperative to sustainability and buy-in, but even more, it evaluates physical activity and physical education programs, delivers an Action Plan, and provides access to great resources and personalized help along the way.”

Next, Reyna focused on gaining support from important stakeholders, such as district Superintendent Dr. James Ponce and the McAllen ISD Board of Trustees. Reyna even appointed Dr. Wendy Guess, McAllen ISD PEP Grants Manager, to work with all the district’s physical educators on the Let’s Move! Active Schools Assessment and Action Plan.

Reyna didn’t stop there. He also defined activation strategies and support mechanisms, which included a November 2013 School Board “Let’s Move!” Proclamation, a partnership with the City of McAllen to adopt Let’s Move! Cities, Towns and Counties, and a unifying slogan “Be Active, Eat Healthy, Be Well.”

“Mario’s dedication to getting kids physically active has been phenomenal,” Dr. Ponce said. “Thanks to these innovative ideas, and the commitment of staff, parents and students, we are making changes that will instill lifelong healthy-living habits in our children and school community, and impact generations to come.”

The outcomes of Reyna’s efforts have been both quantifiable and inspirational. For example, before McAllen started the Let’s Move! Active Schools process, only two of 20 elementary schools had recess before lunch. Now, after one full year of implementation, all elementary schools are doing it. Also, there is a new mindset in McAllen. The principals are prioritizing physical activity during the school day, and engaging in more dialogue around the learning connection between physical activity and academics.

Perhaps the greatest display of Reyna’s leadership, though, was the September 6 McAllen Pep Rally, where 5,500 students and community members came together to celebrate the district’s success and commit to a healthier and more active future. Reyna and McAllen ISD teamed up with the City of McAllen to orchestrate the Pep Rally. Reyna even secured Anthony Robles, an NCAA Wrestling champion from Arizona State University and the winner of the 2011 ESPN Jimmy V Award for Perseverance, as the keynote speaker.

Reyna’s influence is nothing short of “big” – giving proper homage to his state– and even more, spreading his spirit far beyond McAllen city limits. He jumps at any opportunity to share his Let’s Move! Active Schools journey with surrounding districts and schools, often times helping them get started and build a support system. And, when he isn’t at his “day job,” you will find Reyna still giving back to the community, officiating youth volleyball and basketball games, and tutoring kids who are struggling in school.

“As a health and wellness advocate and an educator, I strive to help increase physical activity and physical education opportunities for kids, not just in McAllen, but across the entire state of Texas. Ultimately, I want to impact as many kids as possible.” 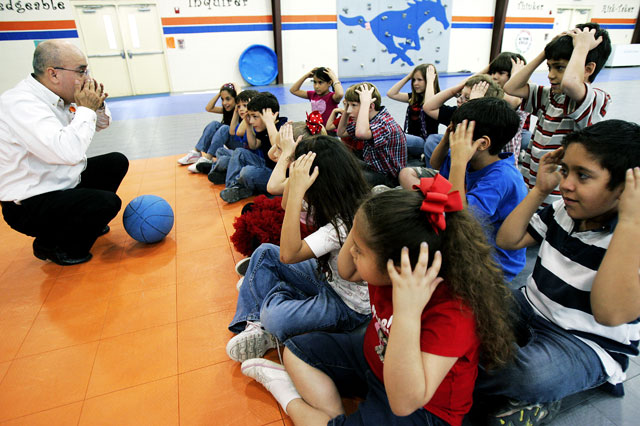 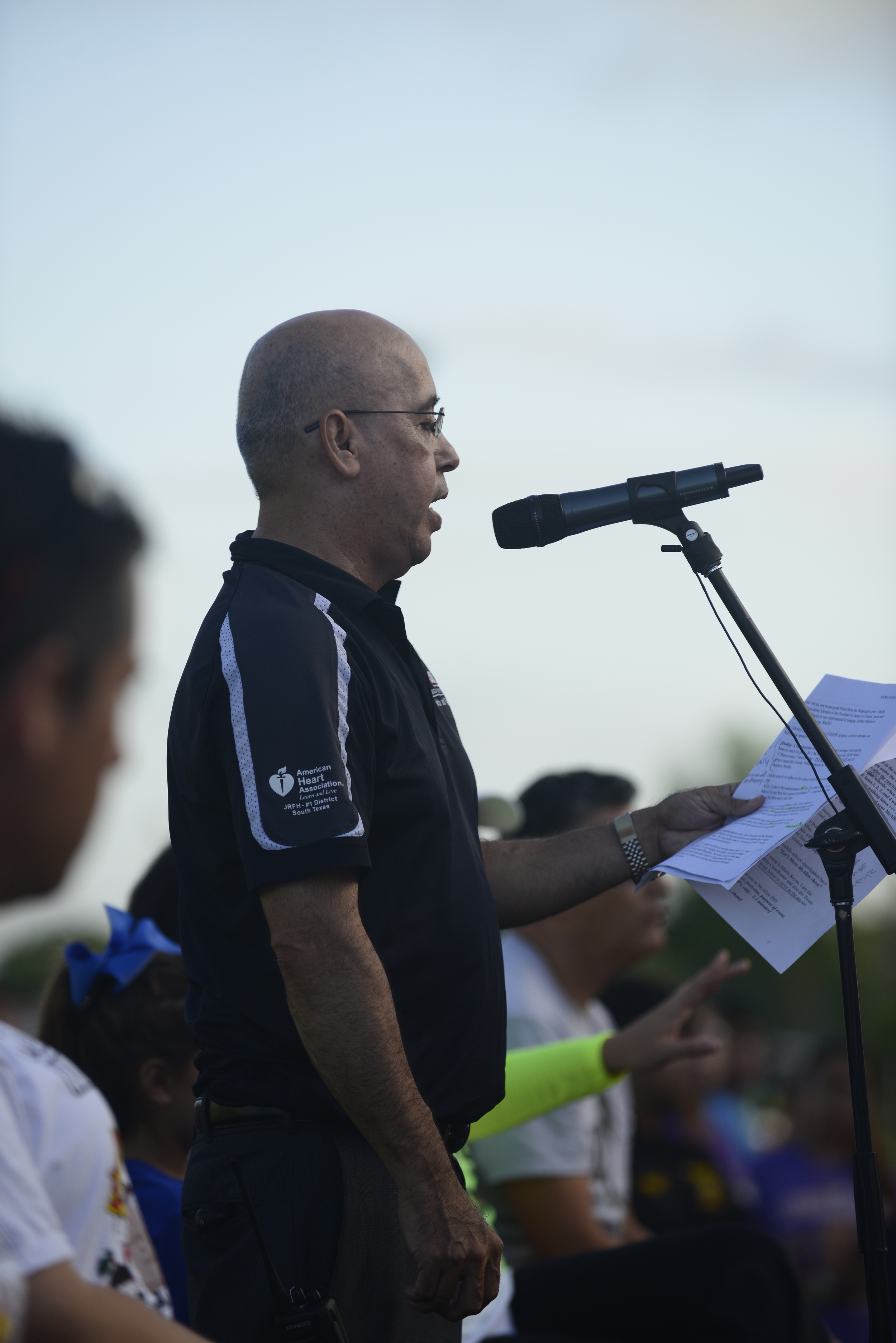 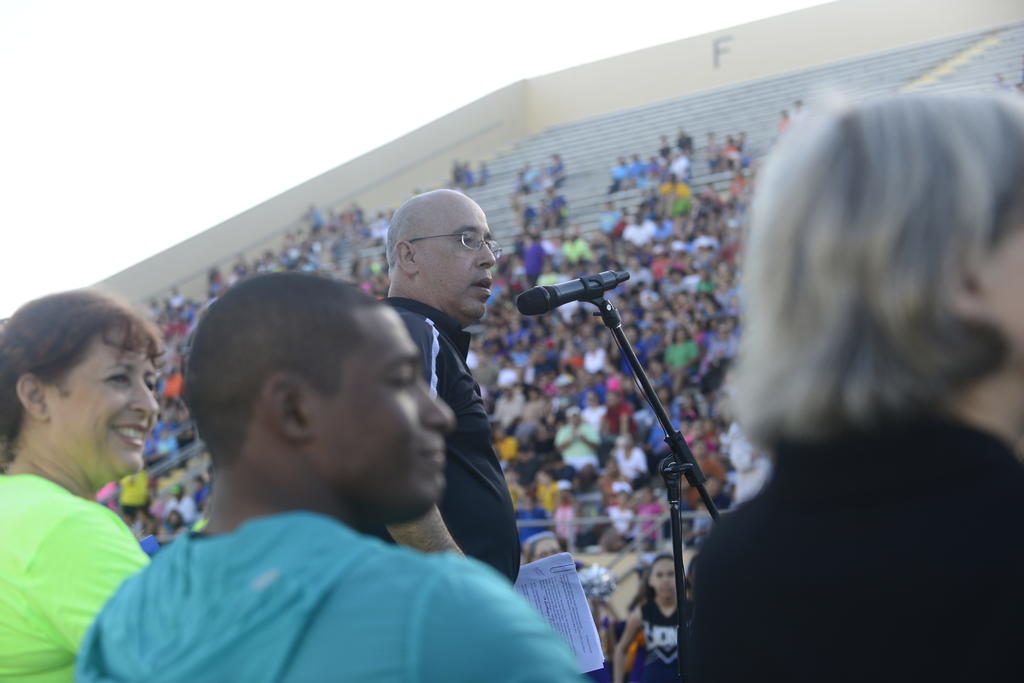 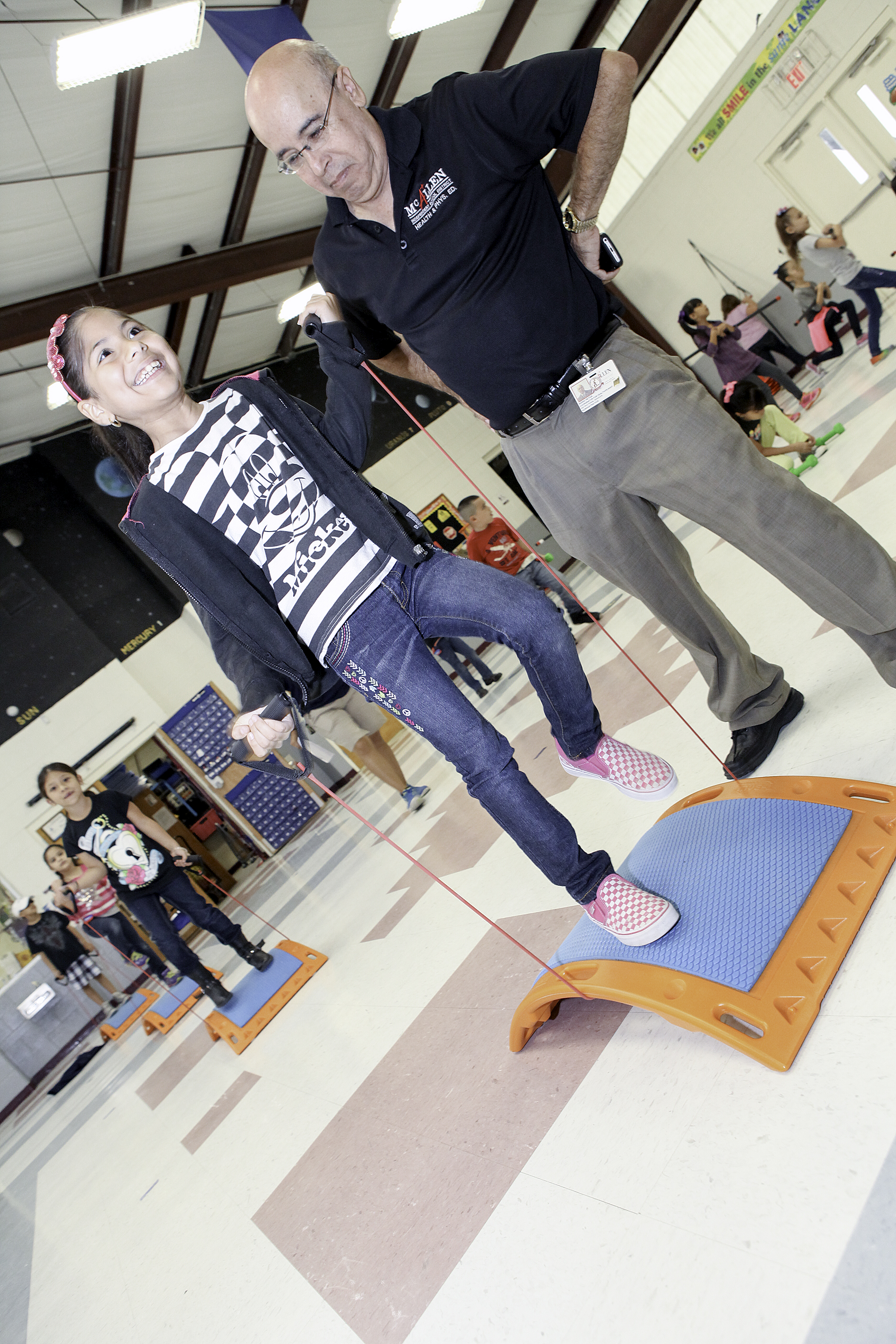